Plotting a Course for Maritime Heritage

Our Vice President, Steven Jones was the speaker at the inaugural RSA Athenaeum meeting held in Liverpool. This is a review of that talk, and of the potential action points which emerged to protect our local maritime heritage and to safeguard historic vessels and our docks.

Liverpool is a shipping city, but away from the Three Graces and astonishing maritime history, there is a battle developing. One which pits the need for development of the old docklands against UNESCO World Heritage Site status, and against the needs of people, place and space.

With a boom in new development, there is a danger that the old docks, while keeping the water, could lose their soul. There is a need for balance, a need for answers and of debate on heritage, culture and the ways in which the new can sit alongside the old. One of the ways in which this can be done is by harnessing a resource which these new developments are rich in: water. The obsolete docks need regeneration – but the current focus is on the land and quays alone, the water filled basins are in danger of being left empty and useless. 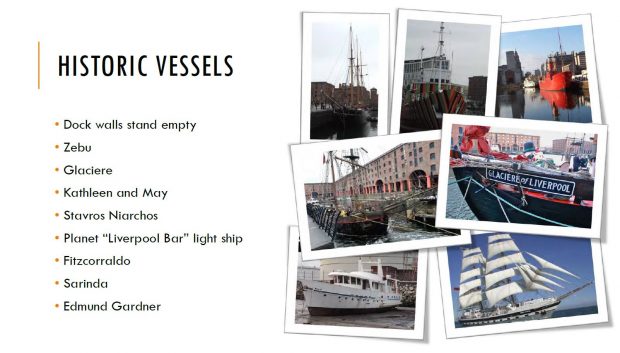 There is a real fear that whatever buildings are thrown up, that the docks themselves will be sterile, empty and lacking in purpose. On 7 December, RSA Fellows and Athenaeum Proprietors came together to talk about the problems, while seeking solutions too. The well-attended meeting heard concerns aired, but also some new ideas and innovations. A diverse mix of people discussed the plight of the docks, the patterns of development and the woeful ways in which Liverpool appears to be dealing with historic and heritage vessels.

In my presentation, attendees heard about maritime heritage, but also the need to retain culture, to shape the places that can bring so much to a new Liverpool, without being detrimental to the old. The talk focused on the RSA’s Heritage Index, and of the need to ensure that heritage is part of the conversation when planners and developers gather. It was also about the models of dock growth and port development. Almost all port cities have developed along similar lines – a city rises as the ships come alongside a river or natural harbour. This is the classic “Anyport” model – and Liverpool is a typical illustration of this. However, as the port and ships grow they move downstream and a vacuum is left behind, often in the very heart of the city.

So what can we do? The talk stressed the fact that Liverpool can be a beacon of excellence for maritime history heritage. A city which can be the place that old, classic and heritage ships thrive again, not rot, rust and die. Locally there are the people, skills, knowledge and passion which can become a template around the world for saving and then celebrating historic and classic ships. It is one thing to save buildings, views and stories of our past – but empty historic docks are both a wasted opportunity and a waste of real estate. Just because water may make it complicated, it does not have to make it impossible.

We asked the audience to imagine a Liverpool which is alive along both wall and water; a city with shimmering lights, beautiful ships, the sights and sounds of a new age of docks; docks which reconnect with the soul and spaces in a city. That is what this city needs, as the end of an era for a dock doesn’t have to turn into an error for the city. We can do the right thing and bring life back to the old docks. Obsolete does not have to mean devoid of opportunity. 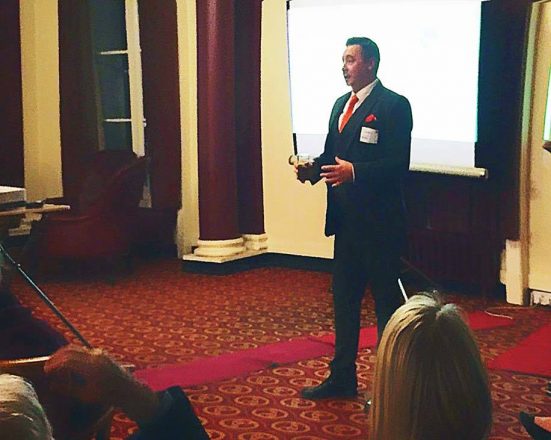 The RSA North and Athenaeum event settled on a number of key questions. Does it matter whether there are ships in these old docks? Is Liverpool missing out on boosting visitor numbers and their satisfaction? Will addressing this issue lead to our city making inroads in the RSA Heritage Index once more? Will UNESCO World Heritage Site status be safeguarded by a new approach to the docks?

There are other questions too: would making Liverpool a sanctuary for historic and heritage vessels deliver for the community? Would it allow us to create jobs, transfer skills and create a positive cycle for many people locally? While the answers may seem obvious, they need actions to translate the past into a positive future.

While the answers may seem obvious, they need actions to translate the past into a positive future.