The Propeller Club headed down to South London recently to fly the flag for both our fine city and also the #Chennai6.

Skuld triumphed in the end – but we gave them a tough game in the first group round. Alas, the Propeller Club was pipped in the Veterans competition, coming runner-up. While also coming close, but falling at the semi final round as we competed for the Shield.

A great time was had by all – and thank you for all those who took part. We were joined by our good friend Jordan Wylie of JWC Consulting, as well as Phil McCabe of RHL, Ian from Fort Recruitment, Daniel Millett of Brookes Bell fame, Adam Carter of InXpress and a special thanks to Chris Farrell of Port2Port – he generously sponsored our wonderfully smart kit. We also had lots of friends on hand to swell our ranks, and we thank them all for joining in.

On the sidelines cheering us on, we had a host of Propeller Club friends, including Adam Whittle of Brookes Bell and Port Secretary Sue Henney (who actually won us a penalty – you can ask her all about it at First Thursday), our President Steven Jones even chipped in with a couple of goals along the way. We were also joined by Lisa Dunn, the sister of one of the #Chennai6 and representatives from SeafarerHelp.

We had a thoroughly excellent time, there was the occasional outbreak of football – but in the 30degree heat, the smiles were even brighter than the scorching sunshine. We look forward to doing it all again next year – so if you fancy joining in, let us know. 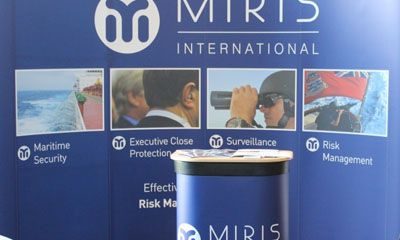 We are celebrating a significant and important milestone for a company that has done so much to support and keep ...