Getting to Know You…Lloyd’s Register 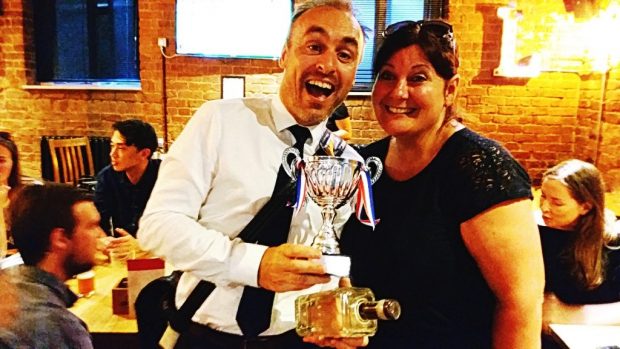 We have been speaking to our lovely corporate supporters, to check-in and find out how business is doing in these interesting times. So, what does Mike Williams, Marine & Offshore Ops Manager, UK & Ireland at Lloyd’s Register think…

Brief history of the company:  Lloyd’s Register (LR) is the oldest Classification Society in the world established in 1760 by Edward Lloyd in the city of London. It was born out of the need to establish minimum standards on board sea-going vessels, because too many of the city traders were losing cargoes and income as high numbers of ships were lost. Hence rules were made and surveyors were appointed to inspect the vessels. This evolved alongside the ‘sister’ establishment of Lloyd’s of London and the insurance market. That core business of ship surveying still carries on today but we now work in a highly competitive market working on behalf of many of the world’s flag states with 8500 employees globally. The modern LR is also highly involved in the Offshore, Energy, Manufacturing and 3rd party certification sectors amongst many other things. The group company is still based in the City of London to this day.

How is business at the moment? The marine business remains very busy in general, with some specific obvious slow down in the passenger and tanker sectors. Work in the offshore and manufacturing sectors has reduced but is now beginning to show signs of increased activity.

Have there been any benefits to come from the current crisis? In a strange way, as a business and in a local team, we have become more connected than ever before. Using various software platforms, we seem to be engaging with each other more and communication has been strengthened.
We have also seen an acceleration in ‘remote’ surveying techniques which is where the business is heading. From quality audits to manufacturer’s testing on-site to surveys onboard a ship/offshore asset we have now have techniques to carry out many aspects from afar – there are massive benefits to this as techniques evolve.

What have you learned about business during COVID-19? We’ve learned that the core business we have is fairly robust and continues apace despite the current crisis and all the issues that has brought. We, as a company, have adapted to working differently quite seamlessly – possibly the ‘new normal’? Also that the investment in our IT infrastructure 18 months ago was timely and crucial – the newer laptops we now use have made the transition to remote working very easy.

What is the best thing about doing business in Liverpool? LR has an office of just over 20 people in Liverpool and our business in Ireland and on the Irish Sea is led from here. We have found huge benefit in having an office in Liverpool with the port operation, large manufacturing hinterland, (ever expanding) maritime hub with key clients and the location of a major UK shipyard all playing a part. As UK manager I also happen to be a Scouser so am utterly biased as well of course! We recruit from far and wide and people love coming to work in the city.

What are you most looking forward to when life edges back to normal? Being able to go for a drink after work in the city centre………

To find out more, see www.lr.org